Maybe you would like to read how this bedtime story began. You could check here – 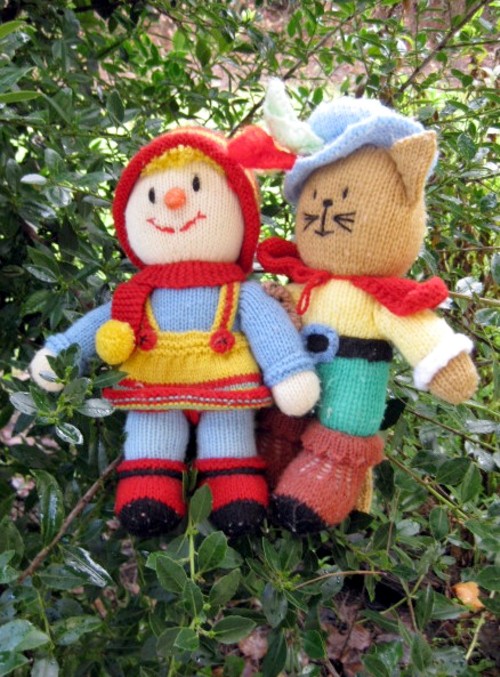 I promised myself to puff up my courage to tiptoe into the jungle of enormous cats – and to my great amazement, what did I find? A most appealing cat peeping out of the bushes—and a friend with him. A girl-friend?

Derek twitches his whiskers. “Isn’t it time to talk about cats yet, Mum?”

I’ve been keeping an eye on him, seeing his impatience grow as his tail swishes back and forth, faster and faster. Uh-oh, better give him a say before he gets too angry. I pick him up and tickle below his chin. He loves that. And I say, “OK… your time to shine, Derek.”

He stretches as tall as he can (which is not too tall at all, but shh, don’t tell him that), clears his throat and with a growl, says “Some cats are King of the Jungle, and of the animal world, too. In faraway places, a long, long, long time ago, some cats were treasured and worshipped as gods. Other people thought cats were good luck… while others said we were evil luck.” He frowned and tried for another ferocious growl. “And what’s the story about the one called Dick Whittington’s cat, Mum? You know that one, don’t you?”

I sure do, and it’s my turn for some throat clearing. “Hurr-humm. Many years ago, there was a Whittington family who lived a long way across the sea in England, and they had a famous son named Dick. He became Lord Mayor of London, not just once, but three times. And just like Mary’s lamb in that favourite rhyme – everywhere that Dick went, his cat was sure to follow. I never found out what that London-visiting cat’s name was, but I do know while he was visiting the Queen, he ‘frightened a little mouse under her chair’.

When I first met Derek the Cat, my mind jumped immediately to that rhyme. I wondered if he could be the original ‘Dick Whittington’s Cat’? Maybe not, but he surely looks like all the pictures I’ve ever seen from that old rhyme. There’s the cheeky tilt of his hat and the fluffy feather sitting cheerfully on one side. There’s the belt with a sky blue buckle, holding up trousers tucked into tall boots. And then that candy apple red cloak he wears with such style. Derek certainly looks like a born again Dick Whittington’s cat. Except Derek is not into mouse-chasing business. He’s a gentle soul, who really has no interest in harming anything at all.

Having mentioned this other famous cat, Derek and the other Small Knitty Gritty Kids cannot possibly let me move on without repeating the rhyme – AGAIN!

Now they are all content – especially Derek… and his dearest Susie looks ever so proud.

With his head leaning against my shoulder and trusting, imploring eyes stretched to look up into mine, Jonjon has a question – “But Sarah! Cats ALWAYS chase mice. Don’t they? Sarah?” And the cheeky tyke tugs my chin around to make sure I give him my full attention. Reluctantly, I stop reading Granny’s words. Sometimes I could strangle this kid – but I guess he has SO much to learn. And I think to myself, didn’t we ALL, when we were young!

“Some cats LOVE mice,” I reassure him. “Truly! I saw a photo just the other day of a cat and mouse who grew up together. Nobody taught them this doesn’t happen in the actual world, so they just went right ahead and became best pals.”

“Ohh, I know, I know!” Jonjon has to wave his hands around like a small whirlwind. “It’s uhmm… you know? Like that picture we saw the other day of the two little boys with the same hair cut to confuse their teacher, so she wouldn’t know who was who. It was so funny, because they couldn’t see that of course she would know – one had MUCH bigger ears than the other one. Remember that one, Sarah? Silly teacher!”

I have to smile. That photo was of a black child and a white one. Neither had any idea THAT was what their difference was. And obviously nor did Jonjon. Cute. So cute.

Meanwhile, back at the story about Derek Cat and Susie…

“But this – make peace, not war attitude? It doesn’t mean you’re not brave, does it Derek?”

“NO WAY!” he answers, with the loudest and most disgusted miaow he can make. “I am REALLY brave – and loyal and faithful. You just ask my Susie… go on!”

I don’t have to. Derek and Susie hang out together all the time and nobody knows him better. He feels the same, and if you listen carefully, you will often hear him sing that old classic—

‘If you knew Susie,
Like I know Susie,
Oh, oh, oh what a girl!
There’s none so classy,
as that fair lassie,
Oh, oh, you should see her super-chassis’

“Sarah, Sarah! Stop for a minute.” And Jonjon curls his hand over my mouth to be sure I can’t continue. “What’s a ‘supershazzy’??”

I pull my face out of his grip to say, ‘“Super CHASSIS’, Jonjon. It’s the umm… well-ll… body of the car. It’s the frame underneath the outside shiny part.”

“But why talk about a car when it’s his girlfriend Susie he means?” His face creases up like a tatty paper bag. “Doesn’t he mean her?”

I flounder a little. “Uhrr… I think it means she has an impressive bone structure beneath her pretty face and uhrr… body!” And I hastily get back to the reading before another ‘WHY?’ can follow the deep intake of breath and Jonjon’s squeezed up lips. “Now shh… and listen to the rest of this chapter. CAN you do that?? P-l-e-a-s-e?” Jonjon looks shamefaced and stays quiet to allow me to continue reading.

Derek knows all the verses, and it’s plain for all to see that Susie just adores hearing her name in song. (Shh-hh… please don’t tell her he didn’t write it especially for her. She believes she is the only Susie in the world). This is easy to understand when you think of the other song he loves to sing to her about the love of two special people—

It IS love. The level of their commitment is clear by the huge smile on Susie’s sweet face (and his too, but Derek’s small mouth shows he’s giving some serious thought to this subject. Huh?)

Uh-oh, surely Derek is not embarrassed by all this love-type talk? I do believe he’s blushing, and he sounds flustered when he says, “I just don’t enjoy talking about our feelings, you know? They’re private. OK?” and he changes the subject.

“You haven’t told them about the thing little cats like me can do that big wild cats can’t,” and he’s grinning again.

I have to chuckle. “The purring bit?” I ask, and he nods his head so hard I fear one of those wonderful feathers may fall off his hat.

“Well… they say big wild cats can only purr on their outward breath because their throats are made to roar. BUT… little cats like Derek can purr on and on without any breaths seeming to happen at all. You are SO clever, Derek,” and I snuggle him tighter. “… and I’m SO happy you don’t roar. That would frighten both Susie and me right away!”

Derek the Cat is a most gentle soul, who doesn’t want to scare or harm anything at all. I have to wonder. Will Derek purr a path to Paradise? And take that sweet Susie with him? I have no doubt they’re bound to be a couple forever.

I'd Love to Hear Your Opinion Cancel reply

Welcome to my world of children's books. I hope you will get as much pleasure in their reading as I had in their creation.
Enjoy!
SEE THEM ALL HERE

Old McLarsen had some Farms